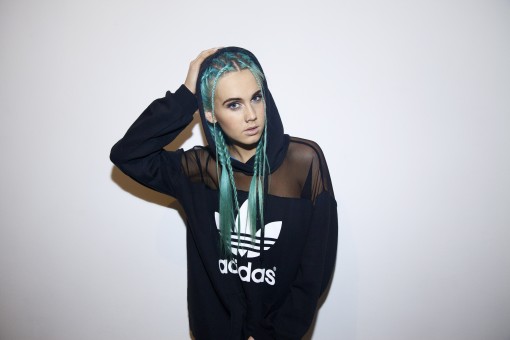 Undeniably captivating from the moment she enters the room, Tigerlily’s electrifying stage presence and drive to transcend the traditional expectations of a DJ sees her in a league of her own. A true entertainer taking the world by storm.
Tigerlily finds herself among Australia’s elite performers with the public voting her in the top 5 DJs for both 2014 and 2015 and the #1 female DJ three years running (via Inthemix)

A mainstay at Stereosonic Australia and recently taking to the festival circuit in Europe; Tigerlily is no stranger to the world stage. Hand picked as one of Tiesto’s main support acts for Asia and the USA, Tigerlily has performed at some of the world’s most renowned venues; Hakkasan in Las Vegas, Echostage in Washington D.C, Octagon in Seoul and performed in front of 30,000 people in Malaysia. On the home front Tigerlily delivers the most unique entertainment experience in all of Australia with her ‘Kiss My Tigerlily’ show at Pacha Sydney. Co-curated with the Squared Division (Taylor Swift, Britney Spears, American Idol), ‘Kiss My Tigerlily’ is a truly transformative affair jam packed with multi-coloured sequins, sextronauts, and giant unicorns spreading the #teamunicorn message to all.

Aside from completing a Media & Communications degree at Sydney University and becoming ambassador for RU OK?, Tigerlily has been hard at work crafting her debut EP after signing to Island Records Australia with the first single ‘Paradise’ landing midyear, 2015.