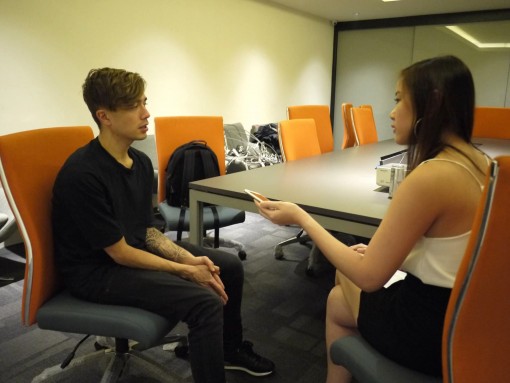 Coming from the Netherlands, Willem Rebergen is one of the uprising DJs that you would have heard of in the EDM scene. Name himself as Headhunterz, he has performed in many huge festivals like EDC, UMF Miami and names that would make you go, Wow! Headhunterz is famous for his genre of Hardstyle as he started off his career playing a series of similar music genre. In 2013, he also started his own recording label, HARD with STYLE to focus on giving the fans harder style. However, he left his own label later on for the exploration of other music direction.

Right now Heady plays not just Hardstyle, but he a variety of EDM in most of his shows. Placing no.48 in DJ Mag Top 100 DJs list and his continuous winning in the IDM Award (International Dance Music Award) with Best Hardstyle DJ, he is definitely one of the DJs that you should not missed as he would sweat you off with serious head-bangs.

As far as he is good at what is doing, he is also a nice guy to talk to. We are lucky to have a chat with him during his tour to Zouk Club, Kuala Lumpur last month.

Headhunterz: Hi, nice too meet you too.

Concertkaki: So we’ve heard about the preview of “Lift It Up” that you schedule to be out on April. So mind to share with us about this track? Like what should we expect from this new release?

Headhunterz: Ya! It’s kind of like a new direction that I am taking. Erm.. In the last year I’ve kind of been experimenting a little bit and practicing to the new skill at the studio. Then right now I am just ready to, you know, spread my wings and do something that feels right for this moment.

Concertkaki: Right. Just out of curiosity, why do you use the name “Headhunter” with a “z” at the back?

Headhunterz: Well, because there were two of us in the beginning. I was with a friend when we started. But then, he decided to continue to school, you know, we got really busy. So I decided to go on alone. But I didn’t like “Headhunter”, you know “Headhunterz” sounds better, so I kept the “z”.

Concertkaki: Cool. You’ve been playing in many international festivals around the world, is there any that is unforgettable for you?

Headhunterz: In 2012, I had my own party at the Ziggo dome Amsterdam. That was one of the most memorable experiences for me. Ya.

Concertkaki: Before we end this, anything interesting that your fans should be aware of in the coming months?

Headhunterz: Oh, they can expect a lot of new music coming. I had so many new music ready. So.. I think that the most important thing right, hahaha.

Concertkaki: That’s all from us tonight. Thank you for your time!

Headhunterz: Thank you too.