Death Cab For Cutie’s rise from small-time solo project to Grammy-nominated rock band is one of indie rock’s greatest success stories. Launched in the bayside college town of Bellingham, Washington, the band shot to stardom in 2003 after releasing their album Transatlanticism to widespread critical acclaim. Their songs appeared on the wildly popular television show The O.C., amongst various other shows and movies, which further cemented their place in every music fan’s playlists and defined the genre for years to come – arguably making Death Cab For Cutie indie rock’s most important band of that era. 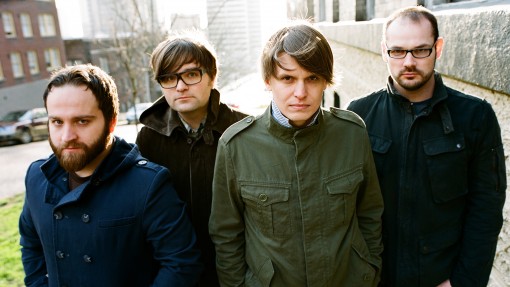 The band’s latest album, the widely anticipated Kintsugi – which follows 2011’s Grammy Award-nominated Codes And Keys – was released in March earlier this year and marks Death Cab for Cutie’s first new album since the departure last year of founding guitarist/keyboardist/producer Chris Walla. Recorded in Los Angeles with Rich Costey (Franz Ferdinand, Muse, Interpol) behind the board, the album takes its title from the Japanese art of repairing broken ceramics with precious metals like gold, silver, and platinum, highlighting cracks rather than hiding them. As such, kintsugi represents a compassionate aesthetic philosophy in which damage and wear are embraced as part of an object’s history. An extensive tour schedule surrounded the release of Kintsugi with Good Vibes Presents proudly presenting the Malaysian stop of the tour. This will be Death Cab For Cutie’s very first performance in Malaysia.Tickets for the show will go on sale on Friday, 9th October 2015, exclusively at www.boxtix.asia. Early-birds will be able to purchase their tickets at a reduced rate of RM158, with further phases of tickets released as the event date draws closer.

Tickets available online only at www.boxtix.asiaActs: