Returning to DWP for a second time, and for one of his few festival appearances of the year, is global DJ phenomenon Calvin Harris. With a plethora of chart topping hits, and collaborations with everyone from Rihanna and Ariana Grande, to Kylie Minogue and Pharrell Williams, this titan of dance music will be drawing huge crowds come December. Joining him, and over ten years his junior, is EDM prodigy Martin Garrix. Having topped the DJ Mag 100 list three years in a row, Garrix is no stranger to the mainstage and has a high energy set that’s not to be missed. Next up is multi-platinum and Grammy-award winning DJ and producer, Zedd. Having graced the DWP stage twice before and with his highest proportion of Spotify listeners based in Jakarta, Zedd will be making a very welcome return to this year’s event. He joins long time collaborator and dance music icon, Skrillex. Holding the record for most Grammy’s won by any EDM artist as well as a host of other awards, the god-father of dubstep will be descending on Jakarta once again this year. 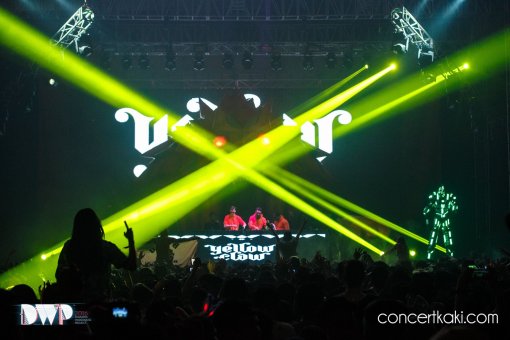 In support are DJs plucked from the top of their respective genres. Ticket-holders can look forward to super-charged sets from Oliver Heldens, Salvatore Ganacci, R3HAB, Martin Solveig, Jeffrey Sutorius also known as Dash Berlin, and Dutch power duo Yellow Claw, or chill out to melodic jams from Jonas Blue.

Returning to host a special stage for the second time at DWP is international party-starters, elrow. A word synonymous with some of the craziest and out of this world events around, elrow is a festival, circus, parade, and fairground all rolled into one.