Over 16,000 attendees gathered at Stadium Malawati, Shah Alam during the two day event to witness the legendary Canadian Indian in action. The show which was supported by Malaysia Major Events (MME), an agency under the Malaysian Ministry of Tourism, lasted nearly two hours each night. The tour also saw appearances by Russell’s Official Tour DJ, Spinbad and opening act, Gregg Rogell.

Russell Peters, who is best known for his cultural anecdotes, performed all new material during the ‘Almost Famous World Tour’, as his performance highlighted his opinions on ethnic and cultural stereotypes, jobs, the usage of cell phones and dating. He was on point throughout the night as he showed off his ability to keep audiences laughing on the edge of their seats with his lightning fast improv and amazing crowd interaction. 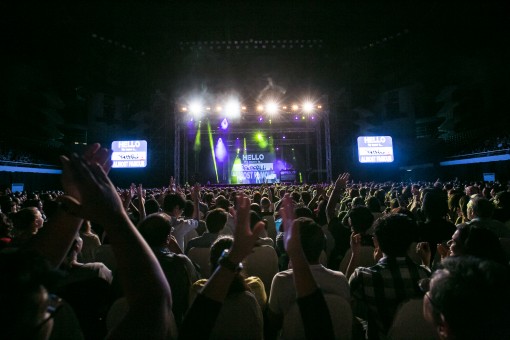 For almost 26 years being in the comedy scene, Russell Peters proves to us that he still got what it takes to tickle our funny bones that left us wanting more of him. Even though it was his second appearance here in Kuala Lumpur, Malaysia, we definitely believe we will be welcoming him with open arms on his next visit. Cheers to a great weekend that certainly got us laughing out loud!