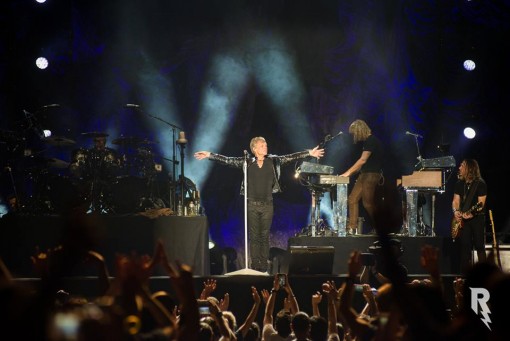 Legendary U.S. Rock band, Bon Jovi made a return to Kuala Lumpur since their last concert here in 1995. After 20 years of waiting, 18,000 fans from all ages were excited to finally see the band rocking on the stage again. Located at Stadium Merdeka, the concert was held on a happening Saturday night. 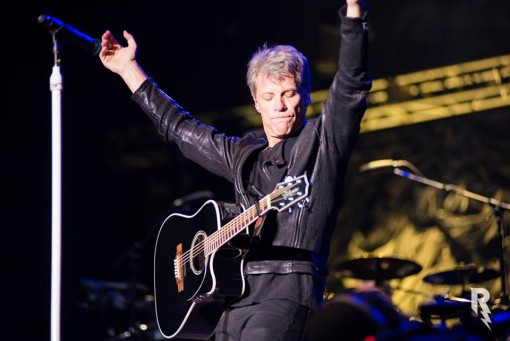 The show was kickstarted with the song, “Who Says You Cant Go Home,” by the lead singer of the band, Jon Bon Jovi with his guitar, David Bryan who played the piano and keyboard as well as Tico Torres who played the drums. Then, the second song, “Lost Highway” came in right away and they also played a few of their iconic songs such as “Whole Lot Of Leavin,” “Raise Your Hands,” “You Give Love A Bad Name” and “Living On A Prayer” during the 90 minutes show. When the band was performing the song, “It’s My Life,” energy level was raised to its peak as everyone in stadium was raising their hands up and rocking along to the song. “It’s My Life” is a Grammy-nominated track from Bon Jovi’s album, Crush in 2000. The lead singer, Jon, made a greeting during the opening, “Good evening, Kuala Lumpur! How are we doing tonight? It’s a beautiful Saturday night, just like how I like it…hot and sweltering,” and he added this statement “It’s great to be back in KL. This place has changed a lot in 20 years.” Fans were cheering and clapping their hands non-stop to show their excitement. He also came down from the stage to interact and shake hands with the fans and some lucky ones even got to hug him as he sang “We Got It Goin’ On.” The crowd was a big sport. They were screaming, cheering and singing along to the songs during the 90 minutes of show. Although it has been awhile since the last performance by Bon Jovi, they are still as legendary as one of the world’s top bands and they are still setting up fire on the stage. The night ended with one of their greatest hit, “Prayer” and it was indeed an unforgettable show in 2015!