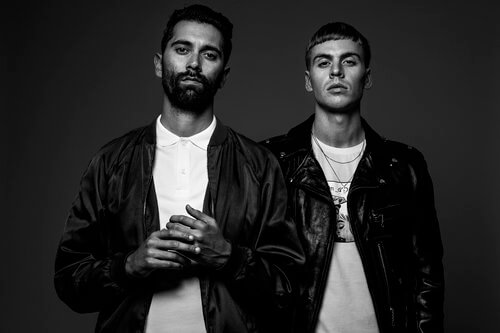 Since 2010, YELLOW CLAW has been quietly inching towards electronic dance music supremacy. Their November 2015 debut, Blood For Mercy, bowed at #1 on Billboard’s Heat Seekers Chart and Top/Dance Electronic Albums Chart and scored an Edison Award—the Dutch equivalent of a GRAMMY. It spawned the mega-smash “In My Room” (feat. Ty Dolla $ign, Tyga, & DJ Mustard), which notched over 104 million Spotify streams.
along the way, Rolling Stone named them among “10 Artists Yaou Need To Know” as they received further acclaim from SPIN, Dancing Astronaut and many more. They’ve enamored audiences everywhere from Tomorrowland and Ultra Music Festival to Coachella, Bonnaroo, EDC Las Vegas and Jack Ü’s New Year’s Eve at Madison Square Garden.

“We do this for the fans and hope this is music they can listen to in heartache, in the gym, in pre-game mode, or at work if your boss isn’t looking. We’ve been pioneering this sound for the last seven years, and we’re going to continue it for a long time.