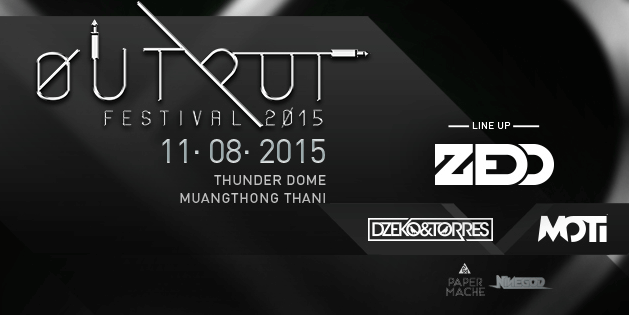 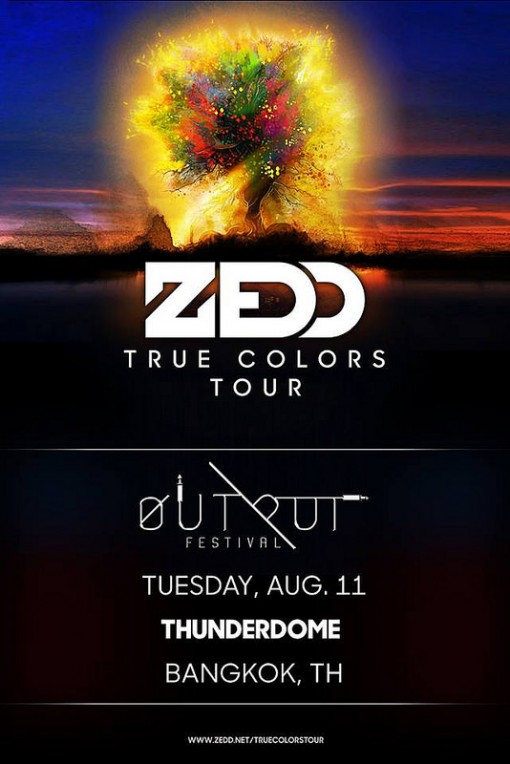 For the first time in Thailand,  Zedd will be performing at Thunderdome, Bangkok for Output Festival on the 11th August 2015.

The headlining artist will be ZEDD who visits Asia as part of his True Colors album tour. Currently ranked number 22 on DJ Mag’s To p100 DJs, the talented producer and DJ managed to snag a Grammy award for Best Dance Recording at the 56th Grammy Awards, for his track ‘Clarity’, which was also nominated as EDM Song of the Year and by Billboard as Top Dance Song 2014.

Zedd signed with Interscope Records in 2012 and released his debut album Clarity to much critical acclaim with world’s top pop culture magazine “Rolling Stone” deeming him an “Artist to Watch” Album’s signature song “Clarity” ft. Foxes climbed first to the top of music charts in the US becoming the number one Hot Dance Club Song and was swiftly granted a nomination and an award for the Best Dance Recording at the 56th Grammy Awards ceremony, which has truly shot Zedd to international prominence. Beautiful Now ft. Jon Bellion, have reached 1 Million views in 10 days.

Here is the Output Festival 2015  line-up