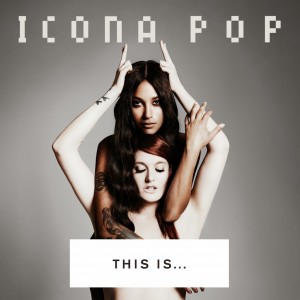 Fans of Icona Pop will be thrilled to know that the girls are finally reaching Malaysian shores for an exclusive showcase.
Their debut performance in Malaysia will take place on the
29th of November (Friday), 7pm at Neverland Club in Kuala Lumpur
The showcase starts with Jakeman & Skeletor, one of Malaysia’s most respected DJ duo setting the stage before Icona Pop shows us how “Tough Swedish girls take over the dance floor” (Rolling Stone, 2013). Fans will be in for a treat as there will be an autograph session with every fan that has purchased a copy of “This is… Icona Pop” album.
At the recent MTV EMA awards, the ladies racked up 3 nominations in the Best New Act and Best Push category, closing the show with a heart-stopping performance. They have been featured across multiple international platforms such as MTV’s 2013 PUSH, NBC’s America’s Got Talent, Lollapalooza, iTunes Festival and the coveted performing spot on the Billboard Music Awards. To top it off, Icona Pop will be opening for the Miley Cyrus ‘Bangerz’ tour which kicks off on 14th of February, 2014 in Vancouver.
Taking a page from the hit song’s lyrics, Warner Music Malaysia has started the #MyIconicMoment campaign which requires fans to submit videos or photos that embody the meaning of “I don’t care, I love it” via Warner Music Malaysia’s Facebook page.
Best videos and photos stand a chance to win exclusive showcase passes through
http://bit.ly/myiconicmoment
Fans who purchased a copy of the “This Is… Icona Pop” album at participating Speedy outlets will receive 2 passes to the showcase, with limited passes to be redeemed. (Participating outlets: Bandar Utama Movie Magic, 1 Utama, Ikano, Cheras Leisure Mall, Mid Valley, Pavilion, Setia City Mall, Subang Empire, Sunway Pyramid, KLCC Video Ezy)
Official radio stations Hitz.FM, Era FM and MY FM are also running on-air contesting for fans to win these passes starting 11th of November 2013.
More information on
www.facebook.com/wmmalaysiainternational