The highly anticipated Malaysian-grown music festival Good Vibes Festival​ happening this ​12 and 13 August 2017​ at ​The Ranch at Gohtong Jaya, Genting Highlands​ announces its final lineup with additional Malaysian artists to complete its stellar list of acts set to perform that weekend. With more genres of music arriving at this year’s event, the festival is setting up an additional music stage at the Star Club, bringing the total number of stages to four including the two main Red and Blue stages and the Electric Fields stage.

Joining the rest of the local acts on the #GVF2017 bill is dreamy electronic singer-songwriter Orang​ (​“Selfie, “R U Down With It”),​ who made waves with his critically-acclaimed reverb-drenched alt-pop sounds; Lapsap and Twilight Actiongirl’s own electro DJ ​XU​; Kartel Hitmen’s hip-hop DJ and producer ​DJ T-Bone​; and ​Curzon ​and ​WH ​of BATE, dance DJs known for bringing down the house in KL’s nightlife circuit.

Also set to rev up the weekend into full-on party mode are electro and house DJ HypeEmBeats​; ​Axel Groove ​who specialises in sultry blends of house, disco and deep tech; producer and turntablist ​DJ Biggie​; and a lineup of DJs who’ll be serving up the freshest hip-hop, trap and future bass tunes: ​DJ Aku Ash​, ​FLIPZE, Dan Shiv,​ ​Reddi Rocket,​ and ​Afaro. Don’t sleep on the DJ sets as they’re going to be all about surprise special guests; expect a slew of famous features on the DJs’ performances. 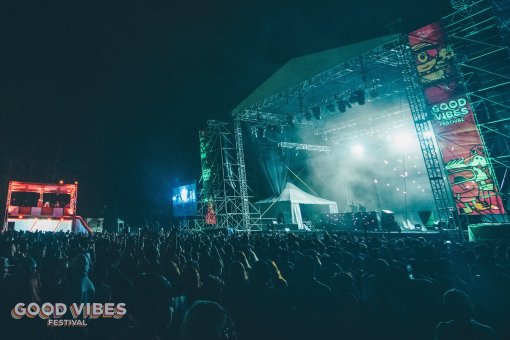 “We have been supporting Good Vibes Festival since its inception in 2013 and are proud to come on board again this year. The festival has come a long way and has become one of the country’s most popular homegrown music festival, attracting independent artistes and fans from around the region. This is a testament that Malaysia is increasingly becoming a preferred destination for world-class live entertainment events and further proof that we are on par with other countries in the region in hosting international music festivals,” said Tony Nagamaiah, General Manager, Malaysia Major Events, a division of Malaysia Convention & Exhibition Bureau (MyCEB), an agency under the Ministry of Tourism and Culture Malaysia. In the meantime, here’s a link to the official Good Vibes Festival 2017 playlist curated by Spotify featuring the stellar selection of acts from the festival’s forward-thinking lineup: http://spoti.fi/GVF2017

All hotel rooms are at First World Hotel, Genting Highlands. All prices shown are subject to 6% GST and an online transaction fee of RM10 per transaction.